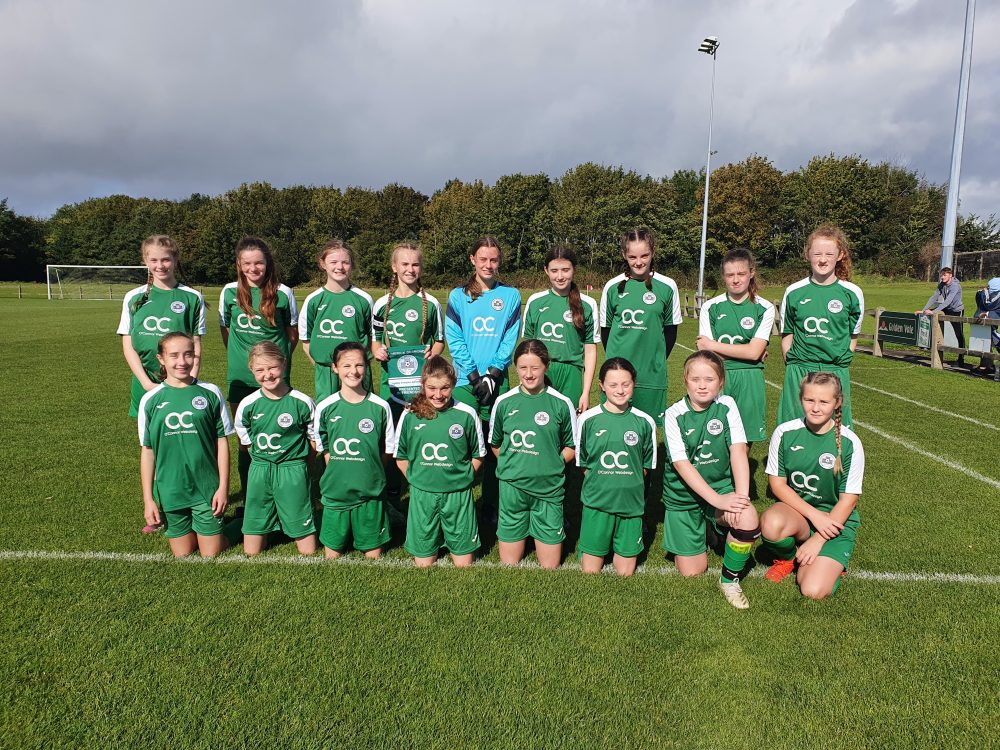 When the regionalised competition started back in the middle of September nobody could have predicted what would unfold for our U13 Gaynor side, Managed by Alan Loftus, Niall O’Connor & Emma Donohoe. The team have reached a first ever Gaynor Cup Final for the Limerick Desmond Schoolboys/Girls League. There have been some fantastic performances from matchdays on the sunny pitches in Killeaney & Clounreask v Cork & Kerry respectively to the wet and windy day in Tipperary Town in the top of the table clash v South Tipperary, the final group game v Limerick County away in Kilmallock and finally last Saturday in the Semi – Final v MGL North Dublin, five games, five wins, 100% record.

The team will play MGL South Dublin in the Final this Saturday in UL, our opponents will be confident as well after coming out of their Group with 10 points from their four games and beating Donegal in the Semi-Final last Saturday. If you are around Limerick on Saturday, swing by UL Maguires Pitches to give the team your support.

ROAD TO THE FINAL

Best so far in the competition for Limerick Desmond’s are Eva Loftus who has nine goals in five games, Madison McGuane with four goals in three games, Emma Meaney & Mya Moloney at the heart of the defence only conceding eight goals in five games against very stern opposition. Also, to mention Eleanor Blake who has three crucial goals in the last three games. Chloe Wallace & Jessie Meade, Desmonds usual midfield generals and captain Kristina Bokmane who has three goals from left midfield and countless assists.