The club was founded in 1968. The founding members were:
Tommy Greaney Snr., R.I.P. Jim Balfe, R.I.P. and John Histon, R.I.P.
Kilcolman joined the Desmond League in 1968. Their first pitch was Cooltomin GAA field near the Blue Hall, Coolcappa. They trained there every evening of the week and there would often be up to 25 players.  The club also ran the roads in the winter nights to train. Club meetings would take place at Balfe’s and Greaney’s, starting at 9 pm and finishing around 11 pm. The team would be picked on a Thursday night for the game on Sunday.  The colour of the jerseys was orange, with a blue ring around the neck and every player paid for their own jersey at £1 each.  Mike Wilmott, R.I.P., scored Kilcolman’s first ever goal.
Club Secretary: Donal Donovan
Contact Number: 0868623088
kilcolmanroversfc@gmail.com 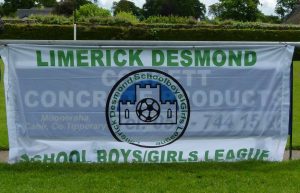 U14 Boys Gameweek 1 Round Up