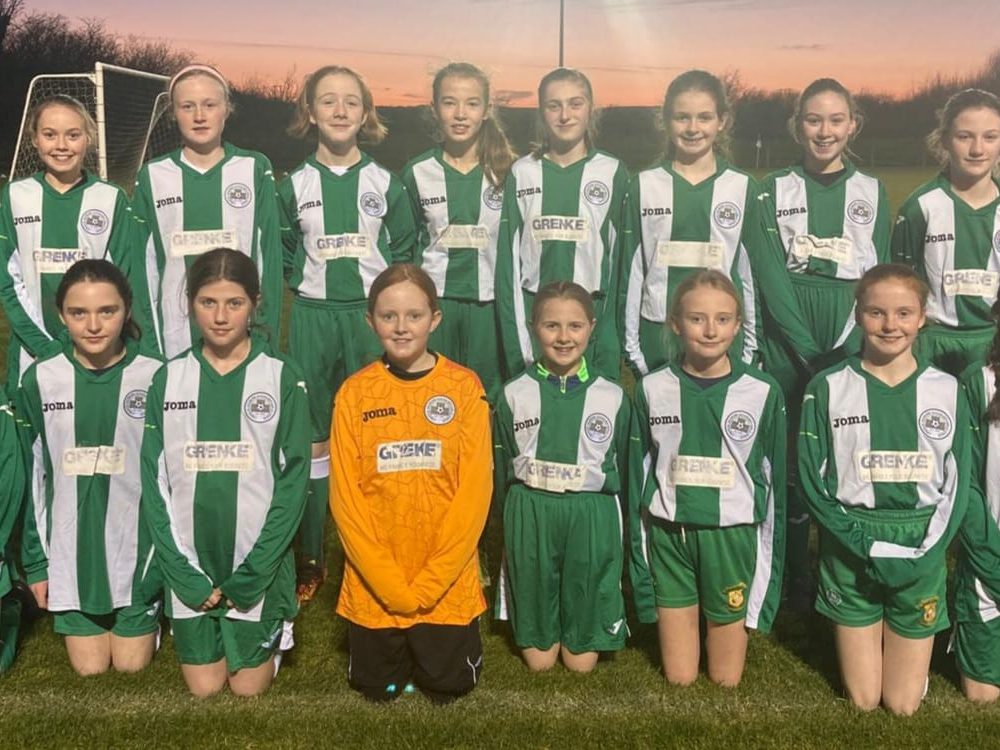 Last Friday night in Clounreask the Limerick Desmond U12 Girls were in action in their first inter league game of 2022 and they made a winning start when scoring three without reply against South Tipp. The result is all the more remarkable given the fact that the panel wasn’t finalised until a week before and it was the girls first time playing together. The opening half was a tight affair but after the break the game opened up more with the home side taking the game more to the opposition.

The Tipp girls started on the front foot with some crisp passing but gradually the Desmond girls came into the game and on six minutes they had the games first chance with a decent shot Aoife O’Sullivan after she was picked out by Anna Colbert. Soon after Grace Cussen went close as her shot went past the right post from the edge of the area before Jade Coffey had a shot straight at the keeper. Then Tipp came forward but great covering by Isobel Conway prevented their forward getting through on goal. Then a free kick by Tipps Rebecca Hewitt from the left went across the area and just wide of the far post. Desmonds Cait O’Donoghue then got space on the right end line but her cross had too much weight on it as Anna Colbert waited at the back post. On twenty five minutes the Desmond girls took the lead when a shot came off the butt of the left post and spun across goal where Eva Power was on hand at the back post to slot the ball to the net. Just before half time free kick by Emma Cullinan came to Aoife O’Donnell who shot narrowly wide.

Four minutes into the second half it was two nil with a cracking goal from Sadhbh Horgan from just inside the right edge of the area following a ball across from the left. Emma had a hance to get a quick reply for Tipp but good defending by the home side saw the danger cleared. The Desmond girls were doing all the pressing at this stage and this was rewarded with a third goal with twelve minutes left, Anna Colbert on hand to send a low shot to the net after seeing the Tipp keeper off her line. Rebecca Hewitt then shot across goal for Tipp before Sadhbh Horgan hit the post for the home side. There were no further scoring as the Desmond girls made a promising start to their inter league careers.