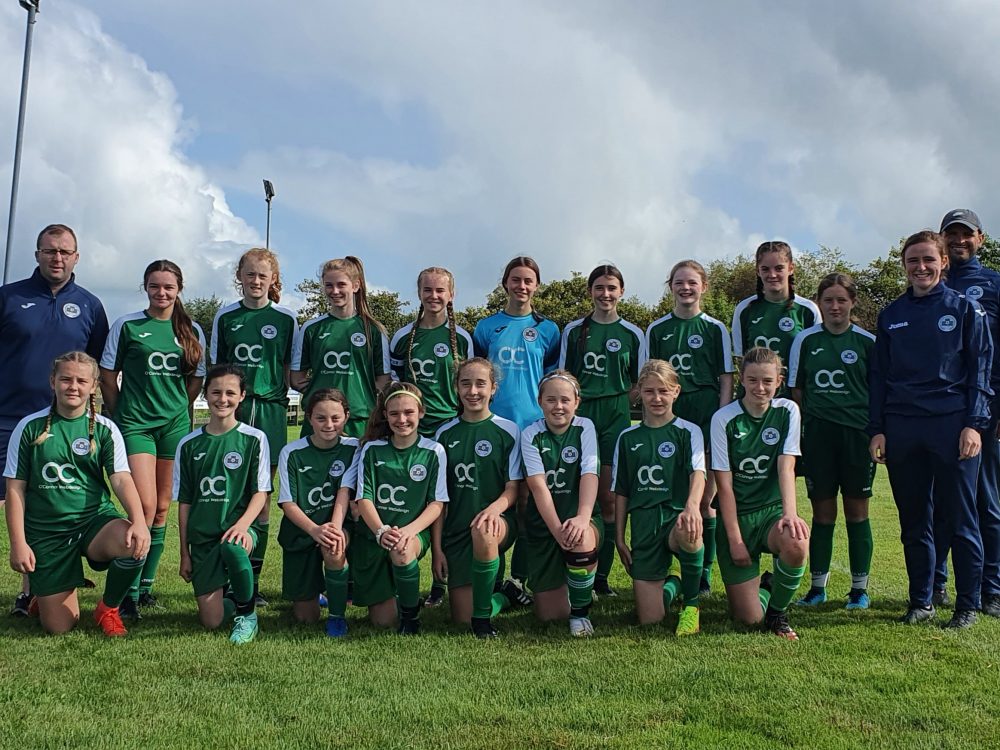 The 2021 U13 Gaynor Cup got underway across the country last weekend and for Limerick Desmond it was a positive start with a narrow four three victory over neighbours Cork at Killeaney AFC, Athea. The game began in frantic fashion with both teams struggling to get a foothold in the game, Emma Meaney and Mya Moloney in defence were called upon a couple of times to keep the game at nil all.

The girls led by captain Kristina Bokmane took the lead ten minutes in, when Chloe Wallace played a nice ball into Desmonds number seven Madison McGuane who in turn played a beautiful ball around the corner for Eva Loftus who ran on to it, rounded the keeper and slotted home for one nil. It was two nil minutes later when Bokmane unleashed a ferocious shot from outside the box which nestled in the bottom corner to the delight of the home side.

With Desmond’s tails up it was three nil five minutes before the break, a corner swung in by McGuane found the head of Chloe Wallace who made no mistake, three nil half time. The second half began totally different and within two minutes Cork had a goal back, with their striker finishing passed Sara Mae Murphy in goal, two minutes later it was 3-2 and Cork were on the way back, this time Murphy can find herself unlucky as she got a leg to the ball but was unable to save it.

It was around halfway through the second half when Cork grabbed an equaliser from a rebound and were now level with around thirteen minutes to go, The good size home crowd then got behind the girls and the midfield combo of Jessie Meade and Wallace started to play again, it was on fifty eight minutes, two minutes from time when the move of the match occurred. Chloe Wallace picked it up in inside her own half and played Bokmane on the wing who in turn played a through ball of quality to the onrushing Loftus who was one on one with the Cork keeper, with Desmonds needing a cool head, Eva Loftus was it, slotting the ball home into the bottom corner, four three to the home side with the sideline in raptures. There was little time left and low and behold, two minutes later referee Niamh Kilkenny blew the full time whistle.