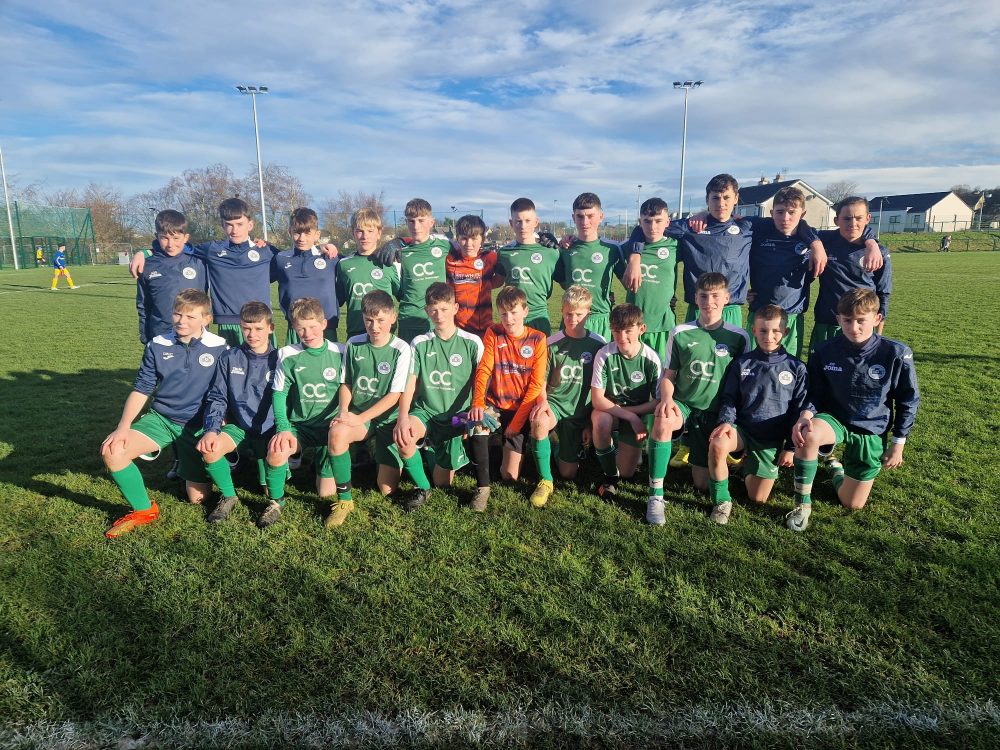 The U14 Boys started their Subway Championship group with a well deserved win away to North Tipperary after a very convincing second half performance.

North Tipperary hit the front 12 mins in when we failed to clear a ball at the edge of our own box and the North Tipp no.8 rifled home a half volley from the edge of the box. The Limerick Desmond response was swift with Michael Kirby and Dylan Buckley combining on the wing, with the latter winning a corner which was swung in by Kirby and met by Desmond No.9 Tiarnan Kelly who glanced the header into the net to level proceedings.

Half Time with the game level at one a piece.

5 minutes into the second half and Limerick Desmond were ahead, a smart throw into the box from Aaron Murphy fell to Kelly in the box who turned and fired into the top corner over the North Tipp goalkeeper. Seven minutes later, a quick throw found Michael Kirby whos shot from distance forced a terrific save from the goalkeeper. It was 3-1 eight minutes later when the industrious Kelly turned provider, receiving a good ball out of defence from Ben Hough, turning and putting winger Dylan Buckley through one on one to calmly finish passed the goalkeeper.

It was 4-1 late in the second half when Brooklyn Delahunty found Buckley on the left, who took it passed the defender and expertly finished to the net for his second of the game, prior to this Dylan had hit the crossbar. It was 5-1 straight from the kick off, Delahunty won the ball played a one two with Tiarnan Kelly who laid it back to Brooklyn who finished to the net.

The game petered out after that, with both sides emptying the respective benches.  Limerick Desmonds starting life in group 3 with a good away win, with Clare to come at home after Christmas.