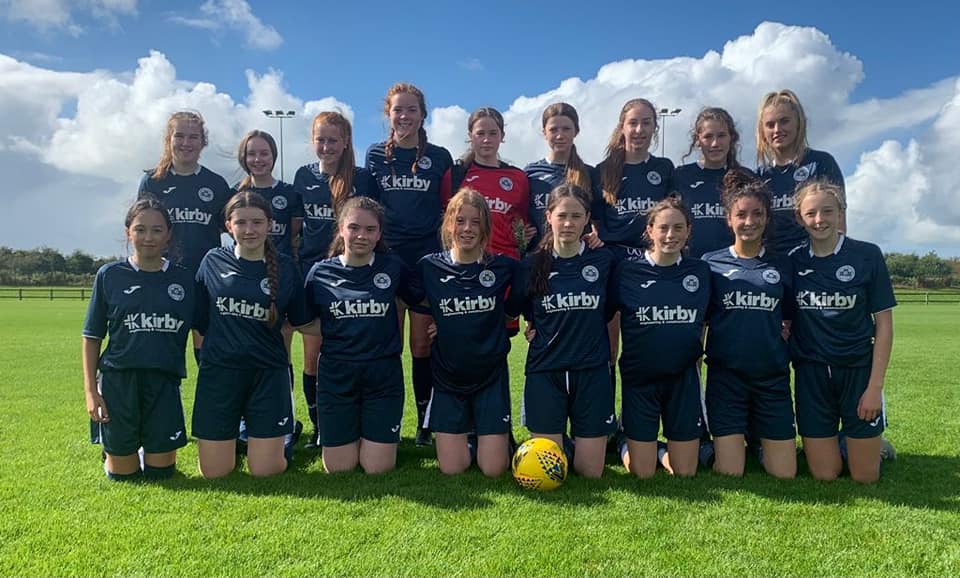 With the pitch in perfect condition & a bright afternoon, except for a few light showers, it was set for a great game of football in Clounreask. Both teams started well with Longford creating the earlier chances where our goalkeeper Meabh Nolan called into action. The Limerick Desmond girls started to put some nice passages of play together from defence to midfield stretching the Longford defence with runs from either wing from Donna Kenny and Katie Lawlee.  Our back four of Chloe O’Keeffe, Sophie Burke, Aisling Enright and Ellie O’Sullivan had to be alert at all times as Longford tried to counter on a number of occasions. Each time they were solid in keeping the opposition out.

In midfield, Amy Tierney, Poppy Giltenane and Ciara Curtin worked tirelessly both in defence and attack while Aine Nolan up front made it difficult for the for the Longford goalkeeper and defence to play out, forcing them to go long on at times. Our pressure finally paid off with a very well worked goal finished by Katie Lawlee. Shortly after a cross from the left into the box took a deflection from a Longford defender and resulted in an own goal. Great credit to Longford who deservedly pulled a goal back. This game was far from over though. Some nice interplay again by the Limerick Desmond girls resulted in a great strike from Ciara Curtin leaving it 3-1 at half time.

In the second half our girls created a number of chances but were unable to convert any. With tiring legs, we were able to call our bench and introduce subs at different times during the game, Lucy McInnes, Lucy Fitzgibbon, Laura Browne, Aoife Geary, Aoife Russell and Cameron Moloney. A great team performance by all players ensuring a winning start to the campaign.